Scientists are calling on mine operators to restore animal communities when they carry out site restorations.

According to a paper published in the journal Pacific Conservation Biology, the impact of mining on animals is overlooked as fauna tends to be under-recognized in assessments of restoration success.

Based on a global review of literature, the Curtin University study found that over a 49-year period, just 101 peer-reviewed articles reporting on fauna as part of mining restoration activities were published. 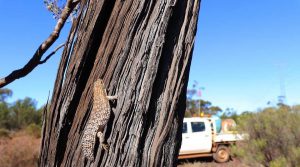 “Our research highlights the need for more detailed consideration of animal communities in mine site restoration, as the common method of vegetation surveys alone may not be sufficient to ascertain the long-term success of restoration measures in effectively reinstating healthy, functional animal communities and ecosystems,” the report’s lead author, Sophie Cross, said in a media statement.

According to Cross, 75% of active mine sites are situated on land considered to be of high conservation value and even though animals are often assumed to return to the area of a mine site following its closure and the return of vegetation, in practice restoring animal communities and biodiversity has proven to be challenging.

“Our study has highlighted the importance of comprehensively and representatively restoring faunal communities after mining,” said the study’s supervisor Bill Bateman.