Mining chatter in the Yukon these days is all about the yellow metal. It’s been that way for at least 10 years, according to geologist Mike Burke, who spent more than 20 years working for the Yukon Geological Survey before moving to the private sector.

“People were having a hard time in 2008, and then along came Kinross and bought Underworld Resources. That started an area play,” Burke recalls.

Now headlines echo the shift toward the Yukon’s second gold rush. But before the White Gold district was even a thing, base metals deposits hogged the spotlight in Yukon mining circles.

Victoria Gold (TSXV: VIT) is hurriedly building Eagle, the biggest gold mine in the history of the territory.

Goldcorp (TSX: G; NYSE: GG), fresh on the heels of a recent agreement with the Tr’ondek Hwech’in First Nation, is seeking to wrap up permitting this year at the 5 million oz. Coffee gold project, which should reach commercial production by 2021, in the White Gold district.

And Western Copper and Gold’s (TSX: WRN; NYSE-AM: WRN) 1-billion-tonne Casino copper-gold project would double Yukon’s gold production, if the company can finance the $2.5 billion necessary to bring a mine online.

But before the White Gold district was even a thing, base metals deposits hogged the spotlight in Yukon mining circles.

Base metals mania in the Yukon started in 1972, when Placer Development (which would later become Placer Dome) discovered Howard’s Pass in the prolific Selwyn basin. Howard’s Pass hosts some of the largest sedimentary-exhalative (sedex) zinc-lead deposits ever found.

Today these base metal discoveries, as well as some new ones, are poised to take at least some of the spotlight away from the gold projects, and recapture investor interest.

“We only wanted assets we could bring to production,” says Scott Donaldson, president of the privately held BMC Minerals Ltd. (a wholly owned subsidiary of BMC U.K.) about his company’s search for the proper development-stage base metals deposit. “The number-one project on our list was Kudz ze Kayah. The planets aligned and we bought the asset.”

Donaldson was part of a team at Australian-listed Jabiru Metals that developed the Jaguar zinc-copper project, situated 300 km north of Kalgoorlie in Western Australia. In 2011, Jabiru was sold to Independence Group for A$530 million.

Donaldson said some investors approached him about getting the team back together to attempt to recreate the success it had with Jaguar.

Since buying Kudz ze Kayah from Teck Resources in early 2015, Donaldson says BMC has drilled more than 70,000 metres in an effort to bring the massive zinc-copper-lead deposit to production.

However, a permitting proposal submitted by BMC to the Yukon Environmental and Socio-economic Assessment Board in March 2017 offers insight into the company’s plans.We have one of the best undeveloped base metals projects in the world

Mining on the ABM deposit would be conducted via open-pit and underground mining methods, with mineralized material processed into separate copper, lead and zinc concentrates at a 2-million-tonne-per-year processing plant.

The mine would have a nominal 5,500-tonne-per-day throughput over a 10-year mine life and produce an average of 180,000 tonnes zinc, 60,000 tonnes copper and 35,000 tonnes lead concentrates annually. The concentrate would be moved to the port of Stewart, B.C. for export, likely to Asian smelters.

Donaldson hopes the mine will enter production by 2021.

As part of the purchase agreement, BMC assumed the Impact Benefits Agreement Teck predecessor Cominco had established with local First Nations. “Our relationship with First Nations is very strong,” Donaldson says, adding that his company has consulted with local bands.

But would Donaldson take BMC public?

“Absolutely. I could see this company becoming public,” he says. “We have one of the best undeveloped base metals projects in the world.”

Fireweed would start with three years of conventional truck-and-shovel mining at its Tom and Jason sedex deposits before the transition to underground mining. Open-pit mining would account for 13% of the 33 million tonnes of material Fireweed would process at Macmillan Pass. The mine life would be at least 18 years. 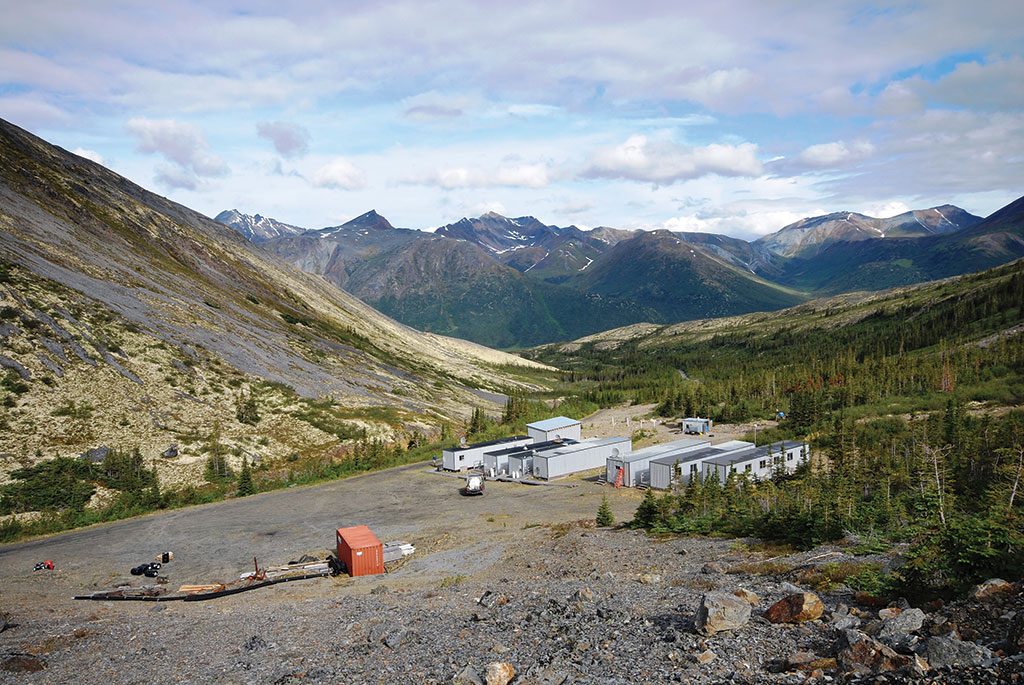 “In terms of zinc we are very significant, in fact the Macmillan Pass project is the largest undeveloped zinc resource currently held by a junior company — not only in the Yukon, but on a global scale, it ranks right around the top,” says Neil MacRae, a spokesperson for Fireweed Zinc.

“What sets it apart is probably the fact that we have a significant zinc resource with potential for even further growth in the coming years, in terms of scale,” he adds.

The company says it can expand the resource at Lower Jason South, where some intersections show the possibility of a high-grade feeder structure to the Jason system. For example, drill hole 82-86 hit 14 metres of 7.2% zinc, 5.3% lead and 118 grams silver per tonne, well below surface.

Fireweed will also drill more of the surrounding properties in its 543 sq. km land package.

“Fireweed has not yet committed to commencing permitting activities with an eye to production because we don’t believe we have fully defined the district potential, and feel that is a necessary prerequisite to permitting. Once we have unlocked the full potential of this district we can then look at moving toward production,” MacRae says. 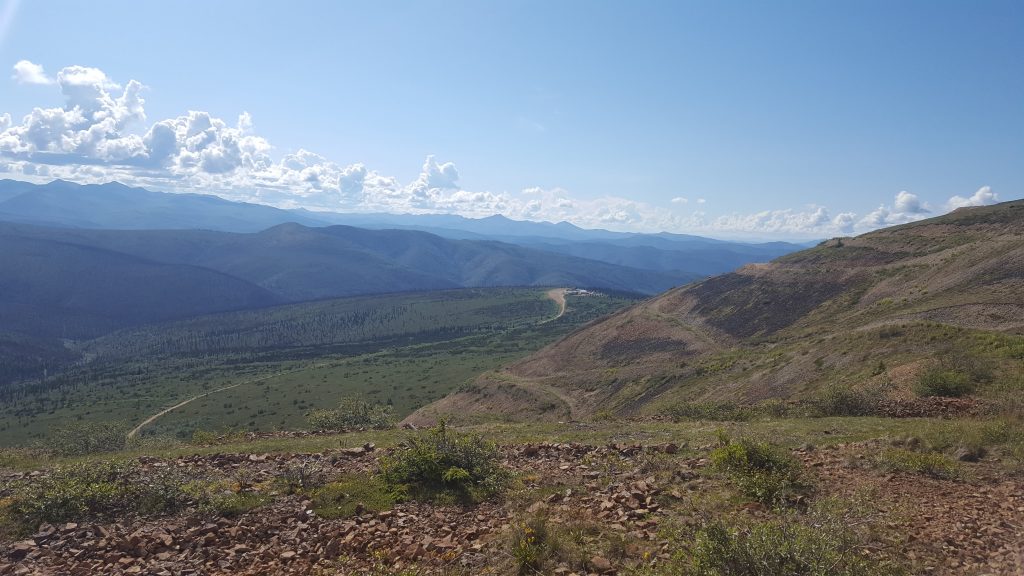 Looking down hill towards Western Copper and Gold’s camp at the Casino project. Photo by Matthew Keevil.

It is one of only a few juniors with a copper-gold project at this scale.

“Our mine would be one of the lower-cost producers, when it comes to development-stage projects globally. These are important assets, but we have to remember that building a mine of this size takes time and requires patience. In terms of the macro-mining environment … there aren’t that many projects of this type in the development pipeline,” president and chief operating officer Paul West-Sells told The Northern Miner during a site visit in 2016.

After a six-year break, Copper North Mining (TSXV: COL; US-OTC: CPNVF) began to once again explore the Carmacks property in 2014.

Work continued in 2015 and 2017, and ongoing drilling continues to focus on known oxide copper-gold targets along a 6 km, north–south trend on the property. 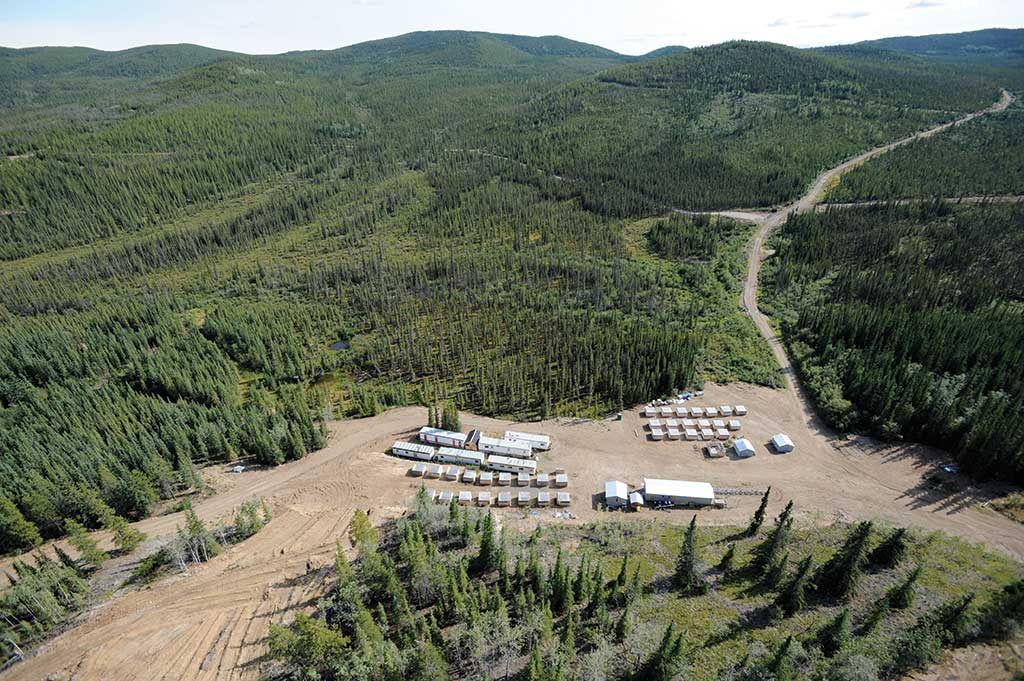 Copper production of 30 million lb. annually would be recovered using solvent-extraction electro-winning methods at cash costs of US$1.08 per lb. copper.

The mine life would be seven years and the cost to build the mine, including sustaining capital, would be $263 million.

Though primarily a silver deposit, Alexco Resource’s (TSX: AXR; NYSE-AM: AXU) Bermingham makes the list due to its high lead and zinc content. 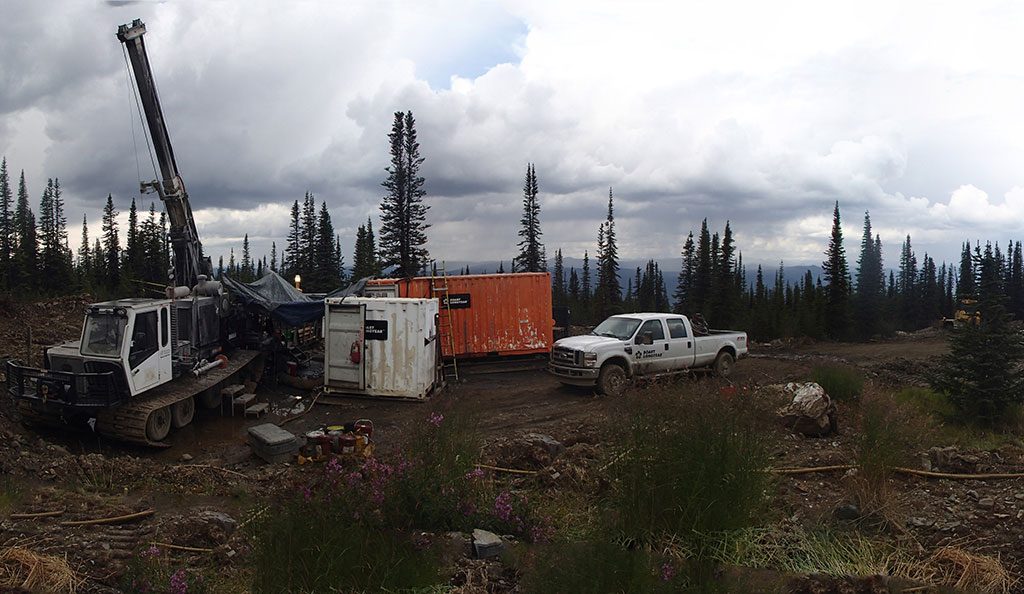 With the addition to the silver mineral resource at Bermingham, Alexco’s district-wide indicated resources at Keno Hill increased 24% to 84 million oz. silver, up from 67.9 million oz.

An updated PEA on the Bermingham/Flame & Moth and Bellekeno and Lucky Queen deposits is slated to wrap up before this April.

The initial capital cost would be $27 million. Average annual silver production would be 4.1 million oz. in the first three years and 3.5 million oz. annually over the full eight years at all-in sustaining costs of US$10.50 per oz. silver.

In March 2017, Alexco amended its streaming agreement with Silver Wheaton (TSX: SLW; NYSE: SLW). Alexco had sold 25% of life-of-mine silver produced across the 230 sq. km Keno Hill land package in exchange for US$50 million and US$3.90 per oz. delivered.

“We’re talking about a downside hedge. The concern for both companies is getting Keno Hill back into production and keeping it there through the normal price cycle,” Alexco president and CEO Clynton Nauman told The Northern Miner back in 2017. “We devised a schedule wherein they pay higher amounts as prices decline, and vice versa. We bracketed it in terms of both silver price and grade, which was also important because the grade element allows us to optimize the mine plan. Both companies benefit on the upside, and [Wheaton Precious Metals] is protected on the downside.”

At Roundup later this month, the Vancouver-based Association for Mineral Exploration will honour Alexco’s Al McOnie, Seymour Iles and Jared Chipman with the 2018 H.H. “Spud” Huestis Award for Excellence in Prospecting and Mineral Exploration. The men are responsible for the discovery and delineation of more than 60 million oz. silver in the Flame & Moth and Bermingham deposits in the Yukon’s Keno Hill Silver District.

— Based in Toronto, Brian Sylvester is a freelance business writer specializing in mining.

This story first appeared in The Northern Miner on 9 January 2019.

The post Five base metal projects underway in the Yukon appeared first on MINING.com.