Fitch Solutions’ industry trends analysts have revised Canada’s 2019 gold mine production growth forecast up to 6% from 2% predicting production to grow robustly as new projects come online over the coming quarters.

Canada’s dominance in attracting exploration investment has resulted in a strong gold project pipeline set to come online in 2019. Over the past decade, Canada has been able to attract a significant amount of exploration projects, Fitch reports. 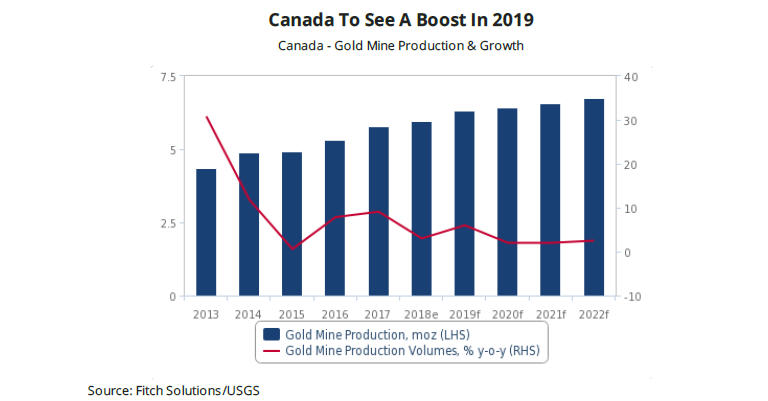 In 2017, Canada lead the world in quantity of active exploration sites with over 500 of which just over 300 were for gold and silver. Canada’s provincial governments have offered tax credits and assistance programs for junior explorers, which played a positive role in attracting investment. 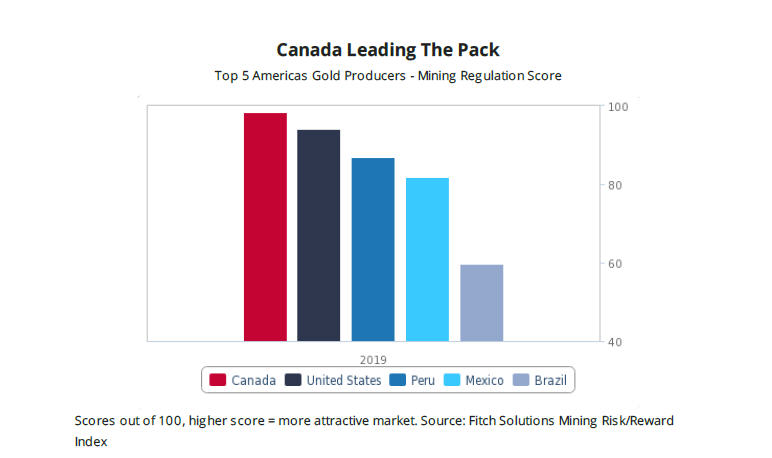 The favourable gold price environment is expected to continue in 2019, offering support to production levels, and Canada’s ability to attract exploration investment.

Fitch forecasts gold prices to hover around current spot levels and average 1,300 /oz throughout the year.