Lithium miners have set their eyes on Portugal, a country that doesn’t scream “mining” like other jurisdictions, but which already is Europe’s biggest producer of the commodity, thanks to the surge in popularity of electric vehicles (EVs).

One of those companies is Savannah Resources, currently advancing its Mina do Barroso project in the north of the country, arguably one of the most advanced lithium mining concessions in Europe.

According to company officials, the mine is on track be the continent’s first significant producer of spodumene, a hard-rock form of lithium.

“We’re in a unique position in Europe,” chief executive David Archer tells MINING.com. “Mina do Barroso contains the largest spodumene lithium mineral Resource in Europe at 20.1Mt at 1.04% Li₂O and is akin to the successful Australian spodumene mine developments.”

Archer notes that the project is well served with local infrastructure including the nearby Leixoes port, Portugal’s second largest. 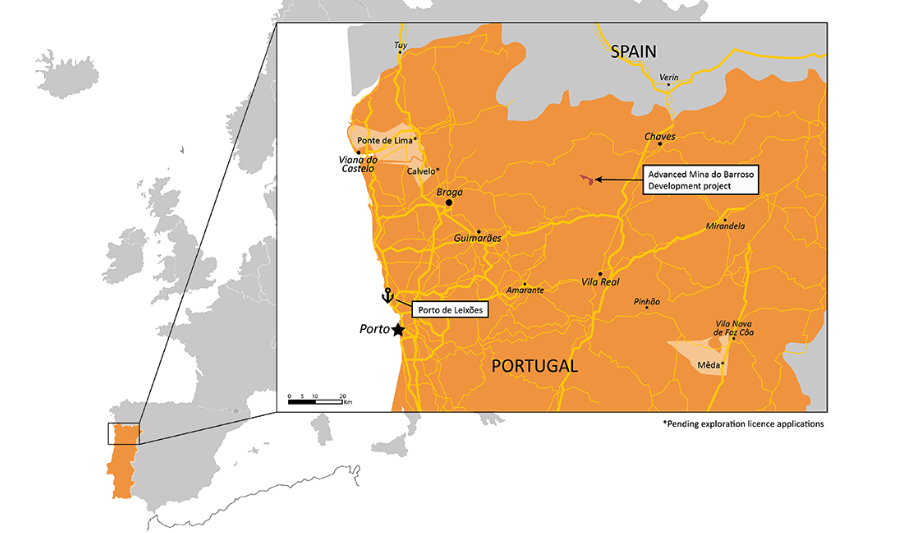 Savannah, which is listed on AIM, the London Stock Exchange’s international market for smaller firms, acquired a 75% interest in Mina do Barroso in May 2017, and has maintained a fast paced development approach since.

The company is currently moving forward with a definitive feasibility study (DFS) led by Primero, an Australian consultancy with deep experience in the lithium field. Archer expects the study to be completed by mid-year.

While much of the recent drilling has been focused on increasing the mineral resource categories for the DFS, the program continues to deliver expansions to the mineralized zone at the Grandao area, extensions in depth at Reservatorio and further encouraging results from the Pinheiro deposit.

Savannah is close to making a decision on developing Mina do Barroso mine, which could become the first European supplier of spodumene, a lithium-bearing mineral.

Savannah Resources estimates the whole project holds a resource estimate of 20 million tonnes with over 200,000 tonnes contained Li20. Additionally, metallurgical test-work results have produced an “excellent” 6% Li20 low impurity concentrate, which according to Archer is “ideal” for the EV battery industry, further validating the project.

One hiccup is that based on experts’ estimations, it is 2.5 times more expensive to produce lithium extracted from Portugal’s granite rocks than from the brine fields of Chile, which hosts some of the planet’s largest known reserves of the white metal.

“Mina do Barroso is in the lower quartile of spodumene lithium costs internationally and is the best European analogue of the successful Australian producers,” Archer argues. “Australia is now the dominant producer of lithium illustrating the superior competitive position of hard rock producers of lithium, which is preferred for producing lithium hydroxide and has cost advantages over brines,” he says.

Mina do Barroso is set to initially produce 6% Li2O spodumene concentrates destined to China. The open pit mine will also yield a feldspar and quartz co-product to be sold to ceramics industry customers locally and in neighbouring and Spain.

Archer says the company will soon make a decision on developing the mine, for which it has a 30-year mining lease to 2036.

Portugal produces about 11% of the global lithium market, but its output is entirely used to make ceramics and glassware. That’s why Europe relies on lithium imports from Latin America’s “Lithium Triangle,” as well from Australia and China. 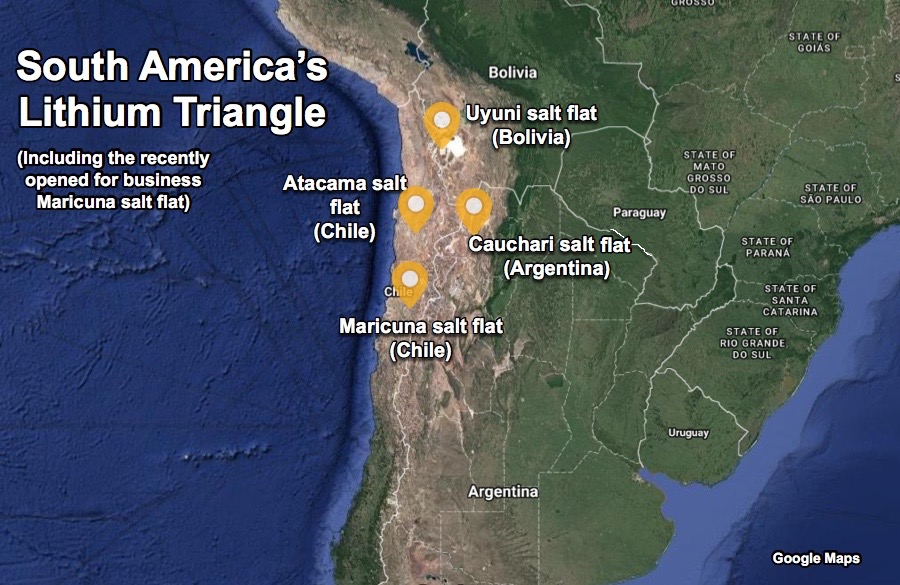